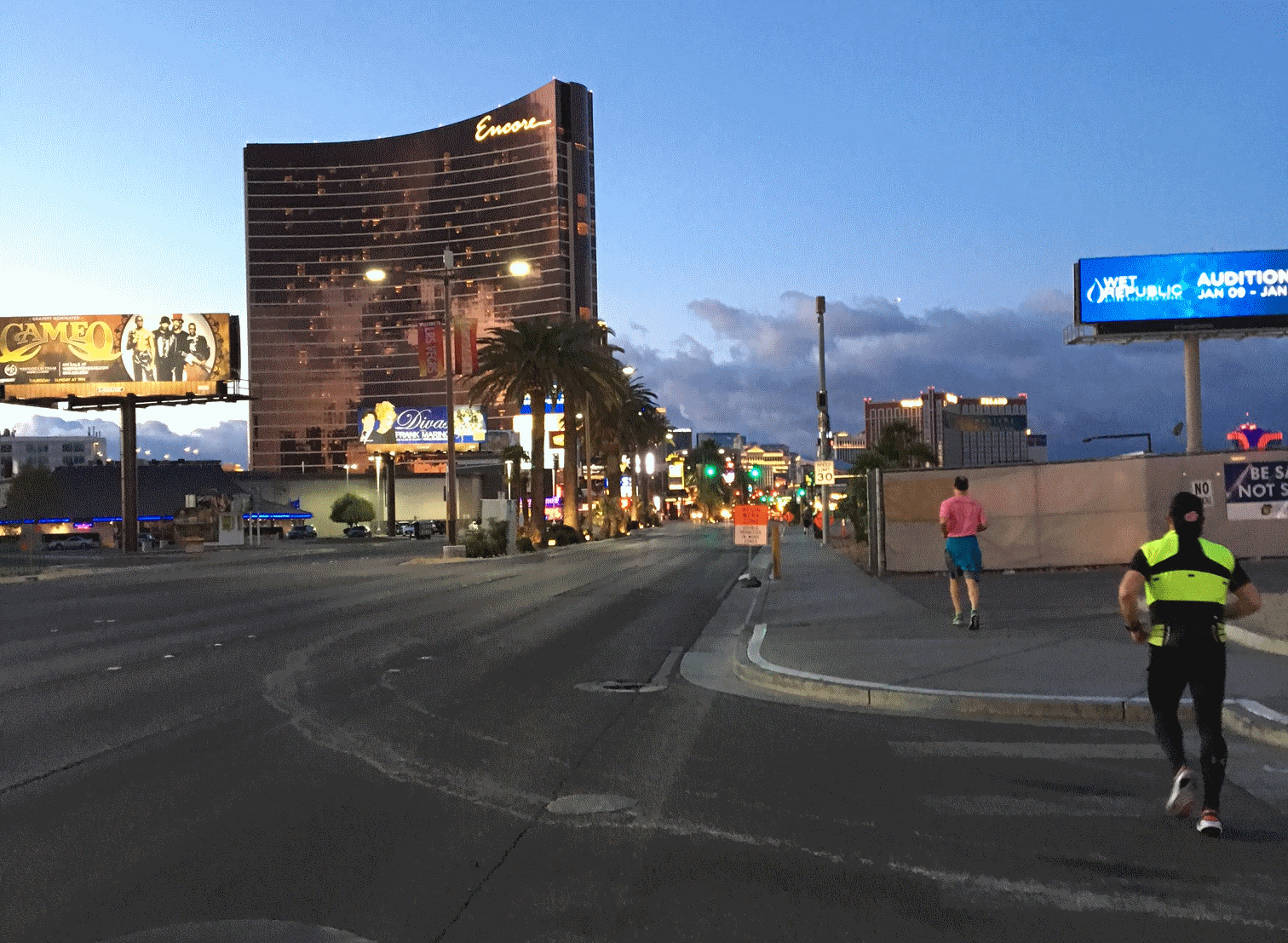 I had an interesting nine miles up and down the strip.

This week I am in Las Vegas, NV with a couple of my friends on a golf trip. We typically go once a year to golf in the southern United States to escape the cold and snowy weather of the northern Midwest. I’ve been to Las Vegas a couple times before and it’s always filled with way too many drinks, a little too much gambling and no very much sleep. This year has been different.

I’ve still been adjusting to the time zone in the central US and traveling to the pacific time zone has proved to be difficult. The first two days we stayed on Freemont Street and I managed to go to bed before 10 PM. Many would see this as a waste of a good time traveling the strip or going to one of the many shows in and around the area. I found a whole new side of Vegas I had never heard of.

The first two mornings that I woke up, I was ready to get moving around 5:30 AM. I put on my running shoes and set a goal to run to the strip from Freemont Street. It’s was about four miles one direction. I figured I would be the black duck among all the early morning gamblers and sleepless twenty somethings. As I took a step onto Freemont, I saw much of what I expected. Workers scrambled to clean the streets from the night before. The less fortunate slept quietly on the street. A few determined gamblers stumbled their way home.

As I turned onto Las Vegas Boulevard, I saw the Stratosphere in the distance and my goal in reach. Then I started to see something I didn’t expect: runners. Lots of them. I saw people reclaiming the deserted streets of the strip one step at a time. As the sun began to peak over the distant mountains, more and more of my companions hit the pavement and soaked in the lights and glam of the strip without the hustle and bustle of the crowds. Triathletes and marathoners ran in packs. I high fived more than one runner as we supported each other in our early morning endeavor. I ran for a while with a few locals through the once crowded sidewalks and found that this daily ritual was the norm and not the exception.

As I reached Las Vegas Boulevard and Sands Avenue, I made the decision to complete the second half of my out and back and make my way back to Freemont Street. I continued to see runners traversing the sidewalks as they started to come alive with out of town gamblers looking for breakfast and locals waiting for the bus. The streets began to fill with work day rush hour traffic and the quiet version of Vegas I discovered dissolved into the lively city most come to experience.

My nine-mile run gave me a new perspective on Sin City. I felt like I witnessed a side of the strip many don’t see and found a little peace among all the flashing lights.