Most people don’t leave a lot of trash when camping but we certainly find a ton of microtrash laying around. Bottle caps, labels, gum wrappers, and corners of bags can almost always be found at campsites or on trails.

If you do see trash, just pick it up. A lot of people don’t know they dropped it. When you’re leaving a campsite, do a once over and make sure you didn’t drop anything.

This happens at nearly any developed campsite we stay at. All the trees around the campsite have ax marks in them. People are either practicing their ax or knife throwing or chopping and leaving horrible scars in the trees. I can’t believe I even have to suggest not doing that.

It kills the trees and makes it an eye sore for the next person. You’re a jerk.

Cleaning stuff in the River

The Leave No Trace principles should be followed whenever in the wilderness. We were recently at a campsite that was about a 5 hour hike from any motorized trail and found rice in the lake near the site from someone’s previous dinner. Read up on Leave No Trace and pack everything out.

Imagine coming to this lake only to find a bunch of rice floating in it.

We were at a campsite that is very popular for tourists and witnessed a family chopping down live trees for firewood. First of all, that’s probably illegal. Second of all, that will make horrible firewood. Third, if you see someone doing this, they might just not know it’s not the best idea. Everyone is trying to get outdoors these days and it might just take a comment to let someone know it’s not the best idea.

The Bureau of Land Management in Idaho reports that over 240 human started fires have burned over 18,000 acres of land at the time of the writing. That’s an insane amount of land. Think of all the forest destroyed, lives threatened and resources spent fighting those fires.

There are signs EVERYWHERE telling you to put out your fire. Put it out. Like all the way.

In the same campground we witnessed the chopping of live trees, we smelled people burning trash. It smoked out the whole campground. Pack it out. This campsite even had a dumpster. Don’t be lazy.

I realize you are on vacation and hanging with your friends but we aren’t your friends and probably don’t like your music. Turn it down or off. The reason I left the city was to get away from all that. We recently hiked 5 miles into the White Clouds Wilderness only to be serenaded by some awful guitar players.

My biggest pet peeve in the world is when someone is blasting loud music on a trail.

My view while listening to the 7th version of Wonderwall.

I realize that carrying your dog poop for miles is gross. My dog has an uncanny ability to poop at the furthest out point in our hike. Too bad. Pack it out so that someone else doesn’t need to do it for you.

I realize that we are in the wilderness and that’s likely way safer than being inside. That said, it’s a novel coronavirus for a reason. We don’t know that much so if we pass on a trail, either wear a mask or give plenty of space. I realize that some of the steeper and narrower trails are a challenge but it’s really not that hard.

I realize that this one contradicts my previous point but do your best to stay on trail. It only takes a few people going off trail to start to create a new trail. More people will follow and you will eventually destroy more and more of the area. This is way worse in wet areas. Just suck it up and stay on trail. We saw this pretty dramatically in Alberta where the trails were like veins through the wilderness. 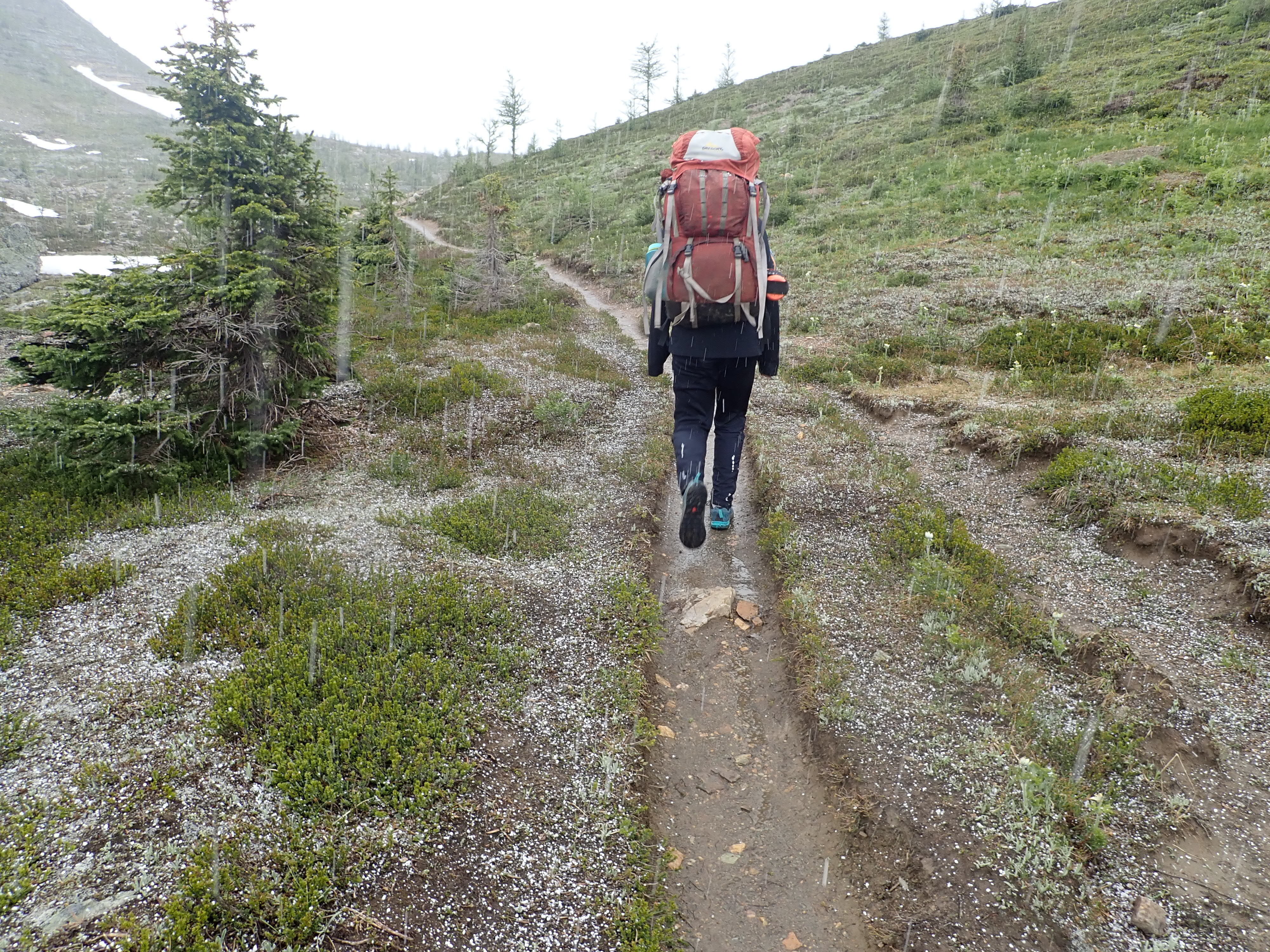