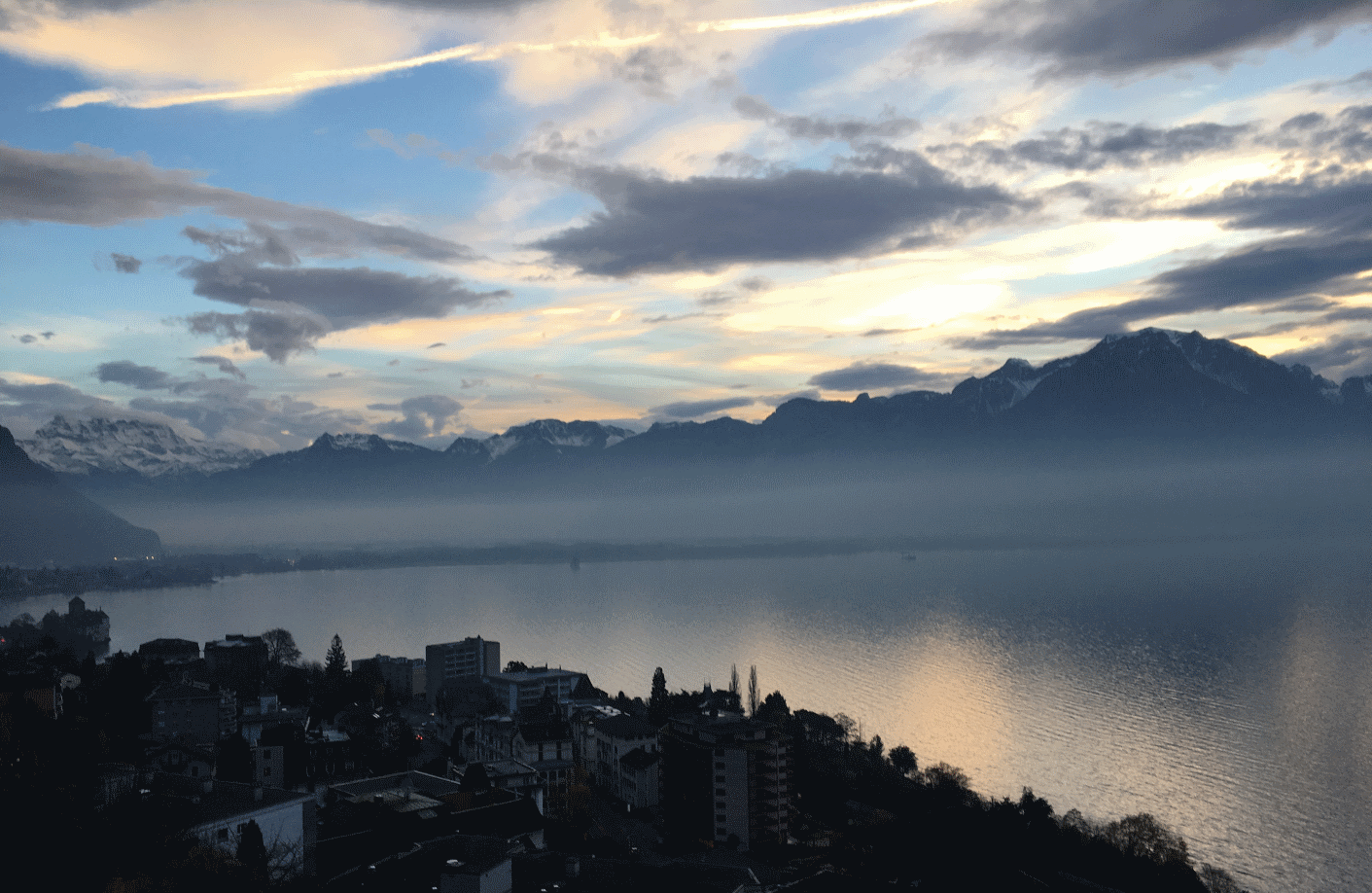 Today, I’m finally back in Wisconsin. I spent the last three months wandering around Europe. I managed to work part time and visit eight countries. I started and stopped numerous side projects and learned a whole bunch of new tech. I avoided having a phone with service and even learned a little French.

I started out my trip by flying through Iceland. I had a 45 minute layover and mainly saw the queue lines for passport check and my connecting flight.

From there I flew to Zurich, Switzerland where I met my girlfriend and we spent the weekend. I had my first Swiss train experience and recovered from jet lag.

Next, we headed to our first residence in Saint-Cergue, Switzerland. It’s a small mountain town in the Jura range that offers great access to hiking trails among the jingling cow pastures.

In the beginning of October, we made our way to Geneva, Switzerland with our bikes and all our stuff. We moved into an apartment in Plainpalais. We only stayed for about 6 days before flying to Belgium.

We arrived in Bruges, Belgium and were blown away by how beautiful the town was. We explored the city with friends for the next few days and even toured the De Haalve Maan brewery. I gained a new love for Belgium beer.

Next, we headed to Amsterdam for a few days. We enjoyed the bike culture and beer and met up with a bunch of PowerShell folks from the area.

We then flew down to Zagreb, Croatia and took a bus to the Plitvice Lakes National Park. We walked among the beautiful waterfalls of the park on the endless wood platforms built just inches above the water.

After Plitvice, we moved up to the capital city of Zagreb where we explored an old cemetery and castles, ate Strukli and inhaled a bit too much smoke in the local bars.

To get some fresh air, we moved down to the island of Cres. We hiked among the olive fields, took in the Mediterranean air and avoided being attacked by sheep.

Once we were done with island life, we headed back up to the mainland and over to Slovenia. We took in the dramatic sights of Lake Bled and hiked up a mountain in Slovenia’s only national park.

Almost a month of planes, trains and mostly buses we made our way back to Geneva. We spent a lot of time hiking the Jura, biking to France to avoid the prices of Switzerland’s grocery stores and perfecting our fondue recipe.

Around American Thanksgiving, my family came to visit. We met them in Zurich and then headed to Interlaken. We rode a train to the top of Europe and threw snowballs off the edge of the world.

Once we had our fun in the snow, we made our way to Montreux to tour the Cailler chocolate factory, eat cheese in Gruyères, and buy trinkets at the Montreux Christmas market.

Next came a couple more weeks in Geneva until we got a bit antsy and decided to head to the south of France to visit Nice. We walked along the pebbly beach and drank wine overlooking the sunset with about 30 others that had the same idea.

We spent another week in Geneva before heading to Montreux again to celebrate Christmas with my girlfriend’s family. We got to tour the chocolate factory again and did a lot of hiking around the area.

I left my girlfriend in Switzerland where she is writing her dissertation. On my way back I had a 4 hour layover in Dublin. I drank exactly one Smithwicks and got some work done.

** Where We’re Wandering Next**

I’ve been fortunate enough to be able to continue my work part time and abroad. In the coming months I’ll be headed to Thailand for a few weeks and eventually back to Europe. We’ll likely be in Italy and Geneva for part of the trip.

I’m going to start recording my travels on this blog and include some information about working abroad.